The History of Hardwood Windows

“The History of Hardwood Windows”

This week, here at Windows Doors UK, we are going back in time a little and having a look at the history of windows. From holes in the walls to luxurious hardwood windows, the history of how windows have developed is an interesting one.

The earliest windows were simply holes in the walls which then became covered with material such as animal hide, cloth and wood.
Windows were designed in order to protect inhabitants from outside elements and, at the same time, let light flood in. As a result, people began to use small pieces of translucent material, like flattened animal horns and thin slices of marble which were set in wood, iron or lead frames. The Romans were apparently the first group of people known to use glass for windows, although it took around a thousand years before a glass window became transparent enough to see through clearly.

The Progress of Window Design

Window design reflects the social hierarchy and the status of the building, depending on the time they were installed.

Pre-sixteenth century windows were constructed from stone mullions or timber frames. Most windows had unglazed openings and could be closed by sliding or folding wooden shutters, oiled cloth, paper, or, as mentioned before, thin sheets of animal horn.
The highest status buildings had glazed windows though, and were constructed of small diamond-shaped glass panes (known as quarrels or quarries), held together in a lattice of fairly soft lead strips, reinforced with iron bars.

In the sixteenth century, window size represented wealth and class. Larger windows were divided into smaller openings, while both stone and timber windows had vertical and horizontal bars.
Glass became more available throughout the century and windows in wealthy aristocratic households became even larger!  In smaller houses, glazing became slightly more common too.

Windows, in the seventeenth century, became taller rather than wide, and were often divided into four. As the century progressed they were increasingly constructed from timber and known as cross-casement windows.
As a result of timber frames becoming more fashionable, glazing was placed pretty much flush with the external face of the window.
The sash window was invented in the seventeenth century, where the top sash was fixed and the bottom sash slid upwards, in a groove held open by pegs or metal catches.
The double hung sliding sash window was introduced towards the end of the seventeenth century, where both upper and lower sashes hung on cords counter-balanced by hidden weights, in a hollow part of the frame, known as the sash box.

The sashes were timber, usually oak or pine, with a grid of timber glazing bars that were about 35mm thick to hold the glass in place. The timber glazing bars divided the window into between 16 to 20 panes. For around 250 years, the double hung sash stayed virtually the same.

The sash window altered further into the eighteenth century, ultimately, glass got thinner and the width of glazing bars slowly reduced until they reached 10mm wide. Sash windows also became cheaper so more households could afford them. As a result, most casement windows were replaced by sash windows.

In the nineteenth century, additional features were added to windows, for example, glazing bars that were curved in a Gothic style arch for ‘Venetian’ windows, and coloured glass.

Nowadays, as you know, there are a wide range of timber, UPVC and hardwood windows available. Windows Doors UK offer various high-quality hardwood and timber windows. For more information, call us on 0843 886 7763.

Most of the information included in this blog post was found here: http://www.wychavon.gov.uk/documents/10586/157693/wdc-planning-her-windowsleaflet1.pdf.

Get A Free Quote 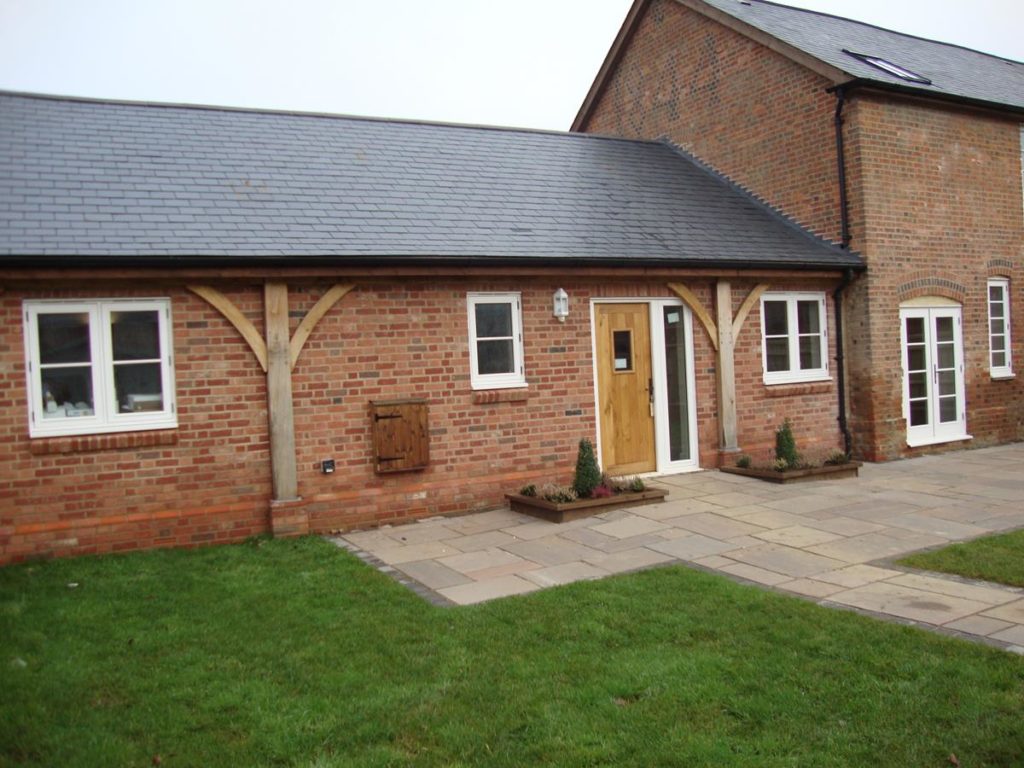